Disturbing images filmed on 24th April 2010 during the breeding season at Battery Gardens, Brixham, Devon in the UK. Maybe this video will help to make a point of just how bad single-use plastic really is.

In the spring of 2005, National Geographic photographer James Balog headed to the Arctic on a tricky assignment: to capture images to help tell the story of the Earth’s changing climate. Even with a scientific upbringing, Balog had been a skeptic about climate change and a cynic about the nature of academic research. But that first trip north opened his eyes to the biggest story in human history and sparked a challenge within him that would put his career and his very well-being at risk.

Chasing Ice is the story of one man’s mission to change the tide of history by gathering undeniable evidence of our changing planet. Within months of that first trip to Iceland, the photographer conceived the boldest expedition of his life: The Extreme Ice Survey. With a band of young adventurers in tow, Balog began deploying revolutionary time-lapse cameras across the brutal Arctic to capture a multi-year record of the world’s changing glaciers.

As the debate polarizes America and the intensity of natural disasters ramps up globally, Balog finds himself at the end of his tether. Battling untested technology in subzero conditions, he comes face to face with his own mortality. It takes years for Balog to see the fruits of his labor. His hauntingly beautiful videos compress years into seconds and capture ancient mountains of ice in motion as they disappear at a breathtaking rate. Chasing Ice depicts a photographer trying to deliver evidence and hope to our carbon-powered planet.

BottlesUp Glass was a proud sponsor of the TED x talk here in San Miguel de Allende last weekend, and we donated bottles to the speakers. Our gift was particularly appropriate because our very first prototype bottles were handblown here in San Miguel de Allende, and because Laurel has been spending 10 days a month here for the last 3 years managing a large residential construction and stained glass project.

Following the huge success of TEDxSanMigueldeAllende 2010 and 2011, which broke records on the TEDx channel with the most watched TEDx talk, on November 3, 2012 TEDxSanMigueldeAllende presented its third conference, entitled Renacimiento.
There was a strong variety of perspectives and passions from both national and international change makers. It’s all about ideas worth spreading…
The speakers included:
tedxsanmigueldeallende.com/en/2012-speakers/ 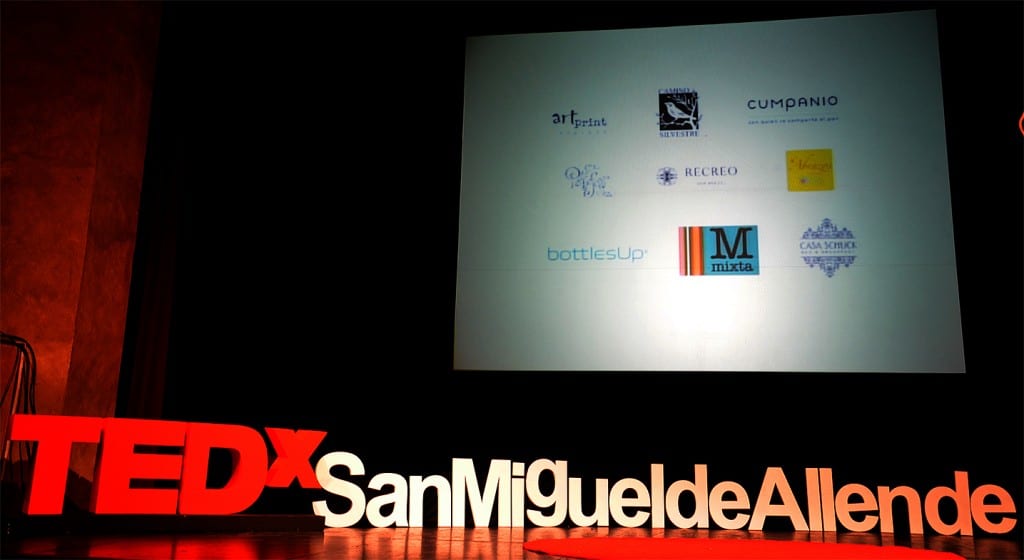 Infographic: The Truth About Plastic, and it’s impact on our planet.
Every piece of plastic made still exist today.

This is the TED talk we want you to see this month – Jeanne Rizzo, the CEO of Breast Cancer Fund, speaks about the connection between plastic pollution and breast cancer. Take the time to click, watch and share. Jeanne’s talk is simply too important for every one of us.

Another reason we must stop the use of single-use plastic anything – our health matters more than convenience.