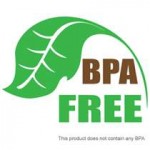 We’ve posted about the harms of BPA (Bisphenol-A) here, here and here. The estrogen-mimicking chemical has been banned in bottles in Europe, Canada and China while remaining legal here in the U.S. Until the laws change or businesses figure out BPA-free is competitive advantage, we’ve put together a list of 10 ways you can avoid BPA and cut down on your exposure.

What tips would you add?

It seems that plastics are being more and more closely scrutinized for their potential role in impacting our health (not to mention the environment).  This new study asked the question, “What happens when you remove BPA from your diet?”  To get to the answer they replaced common food packaging for families for three days – and the results? Their individual BPA levels dropped more than 60% – that’s right more than 60% in just three days, amazing. And it wasn’t just BPA they tested for, they also tested for phthalates (DEHP and others) and other hormone-disrupting chemicals and every level dropped.

How’d they do it? They replaced canned or plastic packaged food with fresh foods for three days, testing families before, during and after. You can get the full details of the study here.  What really strikes me though, is the dramatic impact after only three days.  The takeaway from The Breast Cancer Fund and Silent Spring Institute which conducted the study:

“…you can reduce your BPA exposure by cooking fresh foods at home, avoiding canned foods, choosing glass and stainless steel food and beverage containers, and not microwaving in plastic.”

The study was conducted by Breast Cancer Fund and Silent Spring Institute, with funding from the Passport Foundation.